Skiing, Snowboarding and Sledding are 3 new skills to learn in The Sims 4 Snowy Escape. In this expansion we got one more skill for your Sims to learn; the rock climbing skill. These extreme winter activities can be learned by children and up. So take your spouse with you on your vacation in the mountains.

You’ll need to start off slow and take the bunny ramp on the left of the mountain. Learn the basics like the ‘pizza’ & ‘french fry’ and how to stop on your snowboard.

Tip: Using loaner skis or snowboards will cause sore feet and you Sim will get uncomfortable. Use your own skis or board for a better experience and mood.

Sledding on the bunny slope

Sledding can only be done at the Bunny Slope in the Yukimatsu neighborhood. Your Sims can even take one other Sim with them. For example; adults, children or toddlers can join them! 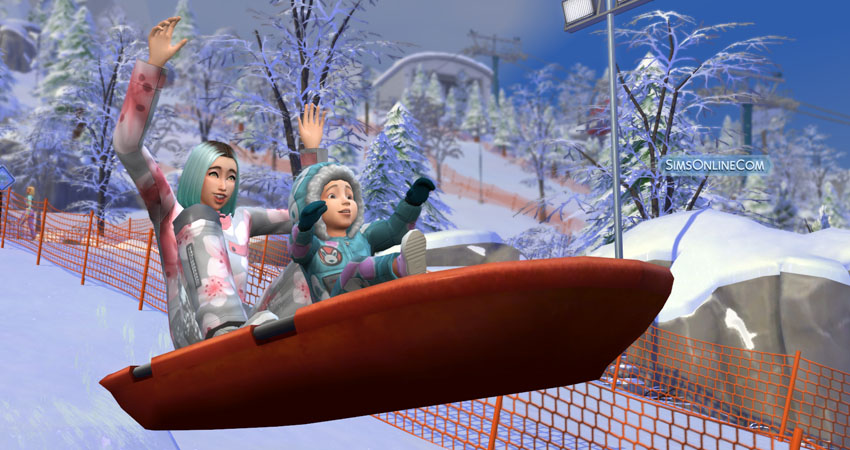 How can you level Skiing

Level up the skiing skill by practicing runs on the slope or it can be done at home on the computer by “Researching the Art of Skiing” when you’ve reached skill level 3. Leveling up this skill unlocks new slope interactions, tricks, outfits, skis, solo interactions, and socials.

How can you level Snowboarding

Level up the snowboarding skill by practicing runs on the slope or read about Snowboarding in a book (order the book from your bookcase or computer). Leveling up grants access to harder slopes, more tricks, or becoming Snow Bros with other skilled Sims.

How to get on top of the slope

At first you’ll need to reach level 4 skiing or snowboarding to get access to the Gondola. After you’ve reached that level, go to the Gondola Station and ride to the top of the slope!

Tip: If your Sim is injured, you can take a shower or bath to heal your wounds a bit faster. Relaxing in the hot springs will also work!

Change your Skis or Snowboard

You can buy skis and snowboards in buy mode and you can unlock them by leveling the skills. If you bought or where given skis or a snowboard you can go to your inventory and click on the winter equipment you want to use. Choose the option: Set as Preferred Sis/Snowboard. 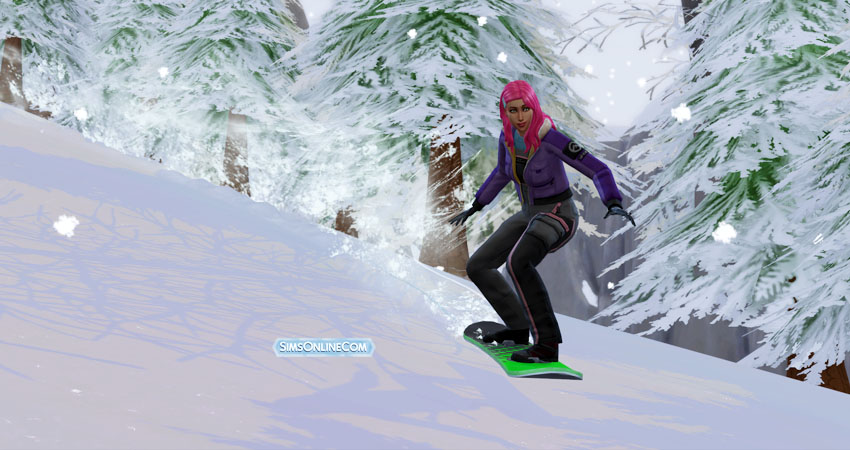 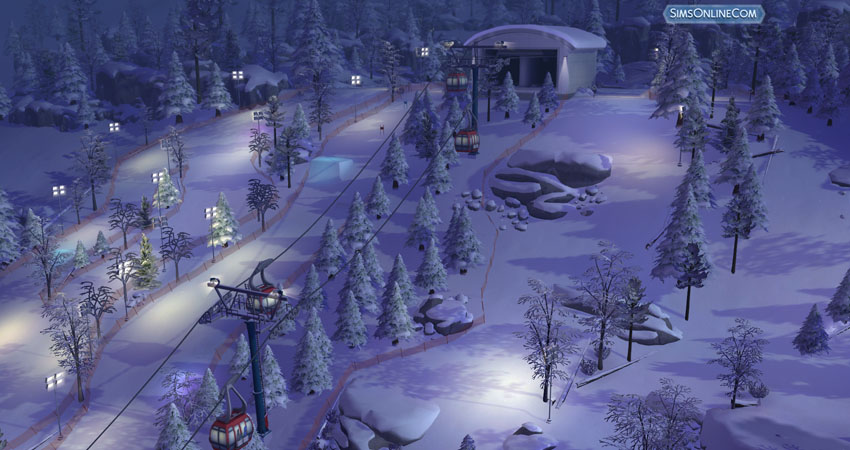