Time to share your greatest creations Simmers, as The Sims 4 Gallery just became cross-platform! This means that no matter what platform you use, other players will be able to download your work. Console players will need to make sure to link their EA accounts. Make sure to read the patch notes below to learn how to do this. Players are not required to have any active online subscriptions for their PlayStation Plus or Xbox Live Gold.

To prepare for the release of The Sims 4 Tiny Living PC/MAC players also received a patch today. The update includes a looooot of bugfixes, but no major content.

Hello Simmers! Hope you all had a fantastic holiday season.

In today’s update we welcome you all to The Sims™ 4 Tiny Living Stuff pack; where your goal is to build the most comfortable space within the smallest footprint possible. Stretch your imaginative muscles as you figure out creative ways to cram in all you need! How low can you go?!

Besides preparing us for Tiny Living, in this update we have addressed a few issues as well as we have set aside quite some time for a new addition in our language roster, we are happy to announce that The Sims™ 4 is now supported in Simplified Chinese! We are very excited to release this to the public and further connect with Simmers in different languages across the world! 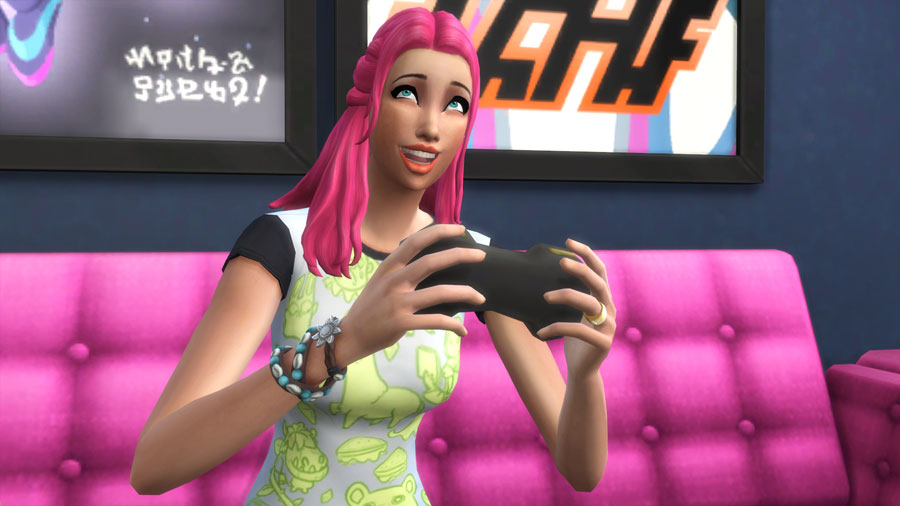 Sul Sul! Now you can share your Sims household and your own creative builds through the Gallery which is available now on PlayStation 4 and Xbox One. The Gallery opens up a world of content created by other Simmers, ready to download and use in your Worlds. Be sure to favorite households and builds within the gallery!

If you aren’t familiar with the Gallery, it’s like My Library only global. On the Gallery you’ll find creative Simmers sharing their Households, Lots and Rooms for everyone to download and use.

There are a few things you should know before diving in.