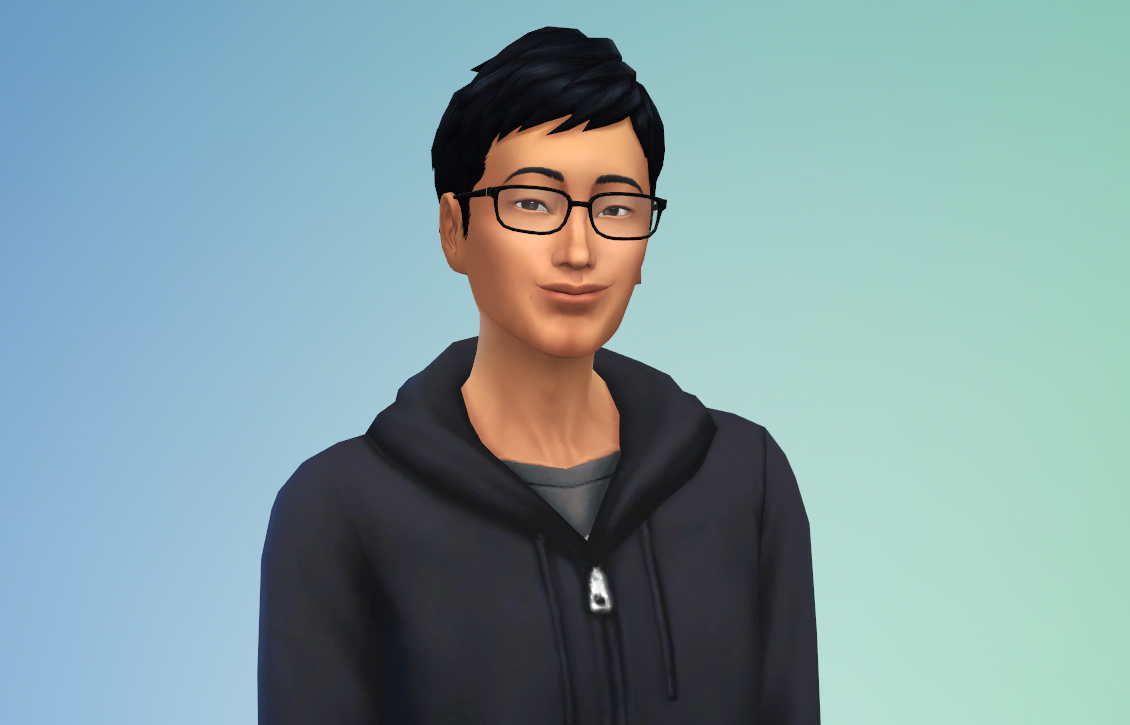 Hi, guys! My name is SimGuruEmory, and I’m a producer here at Maxis. I enjoy playing video games, drinking pearl milk tea, and typing loudly on keyboards. I started at Maxis back in 2013, after I graduated from college. Previously, I worked at Activision on Call of Duty (big genre shift, I know) – but after interviewing with The Sims team, I just had to join the family.

On The Sims 4: Vampires Game Pack, I was the feature producer for Vampire CAS, Vampires Powers & Weaknesses, and the new vampire motives (Thirst and Vampire Energy). My fantastic design partners for these features were SimGuruMegs on Vampire CAS, SimGuruHolms on Vampire Powers & Weaknesses, and SimGuruHouts on vampire motives. As a producer, my job is to be the voice for the player and make sure we ship enough quality content for Simmers to sink their teeth into (pun intended—there will be more).

What is your favourite thing that you worked on in this pack?

Ughhh this is tough! I think my favourite feature in The Vampires Game Pack ended up being Vampire CAS. We watched a bunch of vampire movies, both new and old, to make sure that we’d have the CAS catalogue to cater to a wide variety of vampires. Our goal was that Simmers could make everything from the classic Nosferatu to the modern pretty boy vampires. They even made me watch Twilight for “research”, which didn’t suck (there’s another pun—I’m going to stop calling them out now) as much as I thought it would.

What surprised you the most about the responses in the community to this game pack?

The Sims community always blows me away with their creativity and passion. We knew going into this pack that Vampires are a very popular supernatural for our players, but I was still surprised at how hyped everyone was getting! I think I more than doubled my Twitter followers in the week leading up to our launch, which says a lot because I don’t really use Twitter that much. It’s only been a week since we launched, but I’ve already seen some awesome Sims and Builds on the Gallery and elsewhere. Finally, I didn’t think players would like the Uncontrollable Hissing weakness as much as they did. We were reading the Twitch chat before our live stream and seeing all the hissing going on was hilari-hiss.

I don’t think I can talk too much about the dark, ancient secrets of our development process, but whenever we begin to wind down production on a Game Pack we start early brainstorms and ideation on the next pack. Vampires are a very popular topic with Simmers, and we felt that with a Game Pack we could flesh them out more than if they were part of an Expansion Pack.

Are there any particular features that the team wanted to hone in on when creating vampires for The Sims 4?

Previous iterations of vampires in The Sims never really included that much gameplay since they were part of larger Expansion Packs and had to compete for resources. Since the entire Game Pack was devoted to them, we really wanted to go deep on the gameplay, which led to the Powers & Weakness progression system. Aside from gameplay, we tried to fit as much as we could into this Game Pack with CAS, the new World, and build objects. It was a real pain in the neck getting everything to shipping quality within out development timeline, but I think the team did an amazing job.

How did you want to differentiate vampires from previous generations of The Sims Franchise?

I pretty much answered this in the previous question, but we really wanted to provide more customization, deeper gameplay, and more meaningful choices with The Sims 4’s Vampires. Basically, make all the things, better!

What was the hardest part of developing The Sims 4: Vampires Game Pack? How did the team overcome that obstacle?

I think the hardest part is always figuring out how to fit everything into a very condensed development timeline. Everyone has a stake in different features or resources, so finding a way to make a cohesive pack that still includes enough content is tough. A producer’s job is to figure out how to maximize the value to players given a finite set of resources, so we worked with our developers and designers to squeeze in as much as possible. This involved a lot of late night meetings and staring at numbers that were far too large, but in the end, we pulled through!

What do you think the team could’ve improved on when developing this pack and why?

I really wish we began every e-mail with a vampire pun, but whenever I sent one out nobody ‘batted an eye’ so I stopped after a while.

Is this your first game pack you worked on and if not what game pack did you enjoy developing the most?

I’ve actually worked on every Game Pack we’ve ever released! I asked specifically to be put on the GP team after we shipped base game since the idea of Game Packs was exciting to me. Vampires are probably the one I’ve enjoyed developing the most, but Outdoor Retreat, Spa Day, and Dine Out were all a blast to work on. Although, I was also the producer for Outdoor Retreat’s bear suit and it’s still one of my favourite CAS assets…

Is there anything else you want to share with our readers and members of the community?

The Sims community is awesome and is a big reason why I love coming to work (in fact I apparently come to work too often since I’m always capped out on vacation hours…whoops). Fangs for reading!

Previous ArticleHow to change your Sim into a VampireNext ArticleSpread the love: Triple Boost week!