The Sims 4 Realm of Magic is getting closer and closer, but what happens after that? Well, I think I’ve got a pretty good guess what’s going to happen. The Sims 4 University of course! While such a pack is on very high demand Simmers are still waiting for the college pack to arrive. But worry not! The Sims 4 University might be closer than we think. I’ll go through the hints I’ve found one by one. 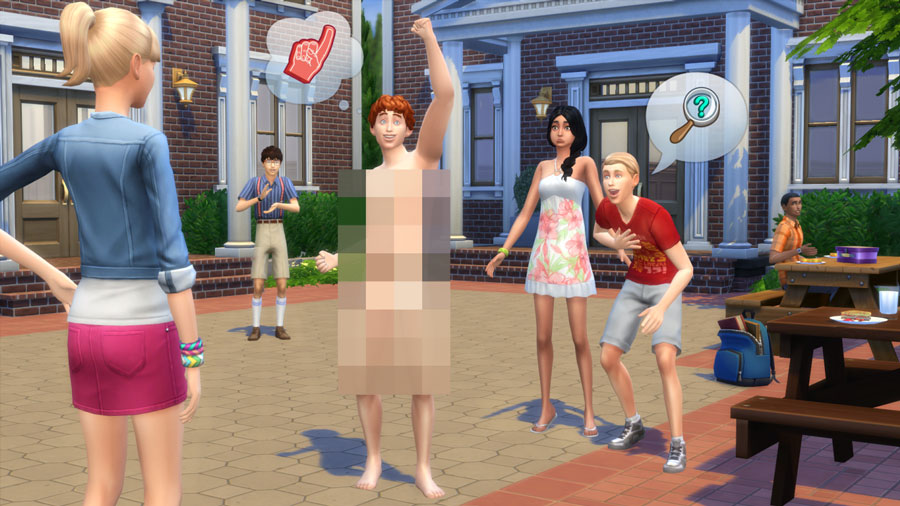 Back in February The Sims released a blog about the 19th anniversary of the franchise. The article included this particular screenshot, which is clearly situated in a university-like setting; The buildings resemble a college campus. Streaking Sims have always been a part of the university packs, and while Sims can already do this in The Sims 4 I’m pretty convinced it’s a little nudge to previous games. Besides that we see a Sim sitting around with their backpack and lunchbox as if they’re on a lunch break.

The next clue would be more of a personal interpretation, but I think it’s a clue nonetheless so hear me out on this one. If you look at the Create a Sim items from April’s patch, there are a couple of tops that stand out from the rest. Two sweaters, a feminine and a masculine option, came with a print of a brain on it. The brain is often a symbol for studying, knowledge or education. The style of the sweaters and the color options also reminded me a lot of studious theme. Another sweater of the same patch has elbow patches on it, a typical look for professors! 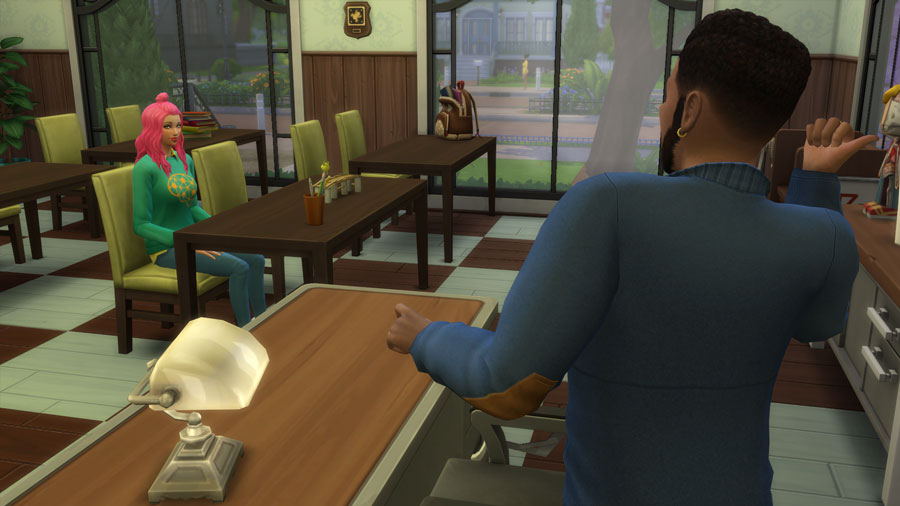 As for the Build & Buy items, sometimes EA loves to hint to future content in the descriptions, but not this time. However I did find a mention of a professor Pietor Vinkman in the Crossing of Swords item from the Get Famous pack. Other than the swords, I could only find items that would fit a college setting, but these are way to vague to be called “a clue”. Honorable mentions would be the Pathway Specials chalkboard from Get Together and the beautiful Regal Bookcase from StrangerVille.

The same patch that included the CAS mentioned before, also included a new career for your Sims. The Freelancer career adds three (four if you own The Sims 4 Moschino Stuff) new career paths. This career seems to be full of hints, especially if you look at the descriptions of the gigs you can do. The Freelance Artist career has a “Painting 101: Substitute” gig, while the Freelance Photographer has a gig called “Professor Outdoor Wear Study”.

Last, but not least are two Sims from the 2019 rebranding of The Sims 4. All Sims who are part of the new rebranding were later on added to Maxis’ official gallery account. Each Sim has their own backstory, but two in particular stood out to me. Li Loh has “He spent years studying” in his bio, while Morgan Park’s bio says the following: “With her track and cross-country scholarships, she was always a top performing athlete at university.”. If those aren’t hints towards university, I’d be very confused by EA’s actions. You better not disappoint me, EA!

I love to speculate about what’s coming up next for the game, so please keep in mind this article is based on my own interpretation of the “hints” given by EA. It is not an official announcement, just a article to open up discussion. Soooo, what do you think? Is The Sims 4 University coming this year or will we have to wait a little while longer? Let us know in the comments below!