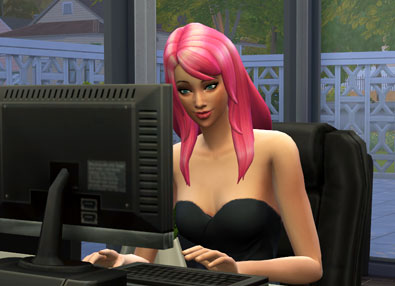 Programming Skill in The Sims 4

The Programming skill is required for several careers like the Secret Agent career, Criminal career and of course the Tech Guru career. If your Sim is just starting out with Programming he/she won’t benefit from it in the beginning, the benefits will come later on.

To get started on the Programming skill just read a book on Programming or get a computer to practice this skill. As your Sim increase this skill level there will be more options for your Sim to choose on the computer. Your Sims can make plugins, mod games, and hack into account and make some money of that. Eventually your Sim can earn money by designing computer games.

If your Sim is Focused while learning the Programming skill it will complete projects faster and develop this skill in less time. See the Emotions and Moodlets Guide to see how to give your Sims this emotion. Another tip is that you buy your Sim a more reliable computer because it won’t break down as much as the cheap ones. You can also improve your Sims Handiness skill to make the computer almost unbreakable.

Be warned, when your Sim is Programming behind the computer for a while they will become Tense, you can reduce the feeling by taking a shower or play video games.

You can visit the Cheat Code page for more skill level cheats.