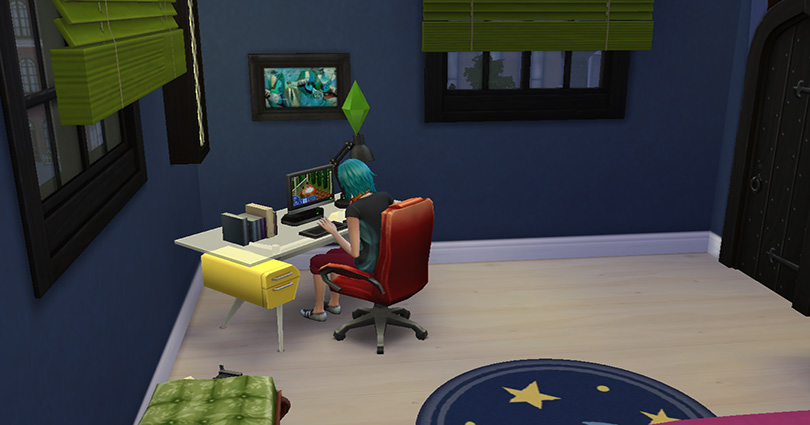 After the patch that was released about two weeks ago, it’s time for yet another update aimed to fix all those annoying bugs and issues.

Let’s have a look at the patch update notes to see what’s improved:

Hey Simmers! This is SimGuruGnome on the Issue-Chop Express and I’m writin’ to whoever’s readin’. It’s like I told the last public relations rep, I says “SimGuruDrake, I never write more than I can read. Besides that, it’s all in the spellchecker.”

But just listen to the Issue-Chop Express and take the Gnome’s advice. When some wild-eyed Sim wanders by, knocks on your front door and asks you “Sul sul, plerg majah bliff?” You just stare them back in the eye and remember what the Gnome always says.

So, what have we done?

Thanks again for listenin’ to the Issue-Chop Express, and take this advice on a stormy night, when the game’s playin’, the music’s roarin’, and the data’s downloadin’ in sheets as thick as a bunch of streaming green numbers, letters, and symbols (because that’s what the pattern looks like). Remember what old SimGuruGnome does when the neighborhood shakes with life, and the abductions come from the sky, and the pillars of the Goth’s estate quake. Yeah, SimGuruGnome just looks that big old storm right square in the eye and says “Gimme your best ob-la-di pal. Ob-la-da… ob-la-da.”

If you have automatic game updates available in your Origin settings, then your game will update ‘automagically’, otherwise you need to open Origin, go to the ‘My Games’ tab and hover with the mouse over the game cover and select ‘Update Now’.

IMPORTANT:If you didn’t select ‘Disable Mods and Custom Content’ in you game settings, don’t forget to remove all these content from the Mods folder before installing the latest patch update in order to avoid issues.