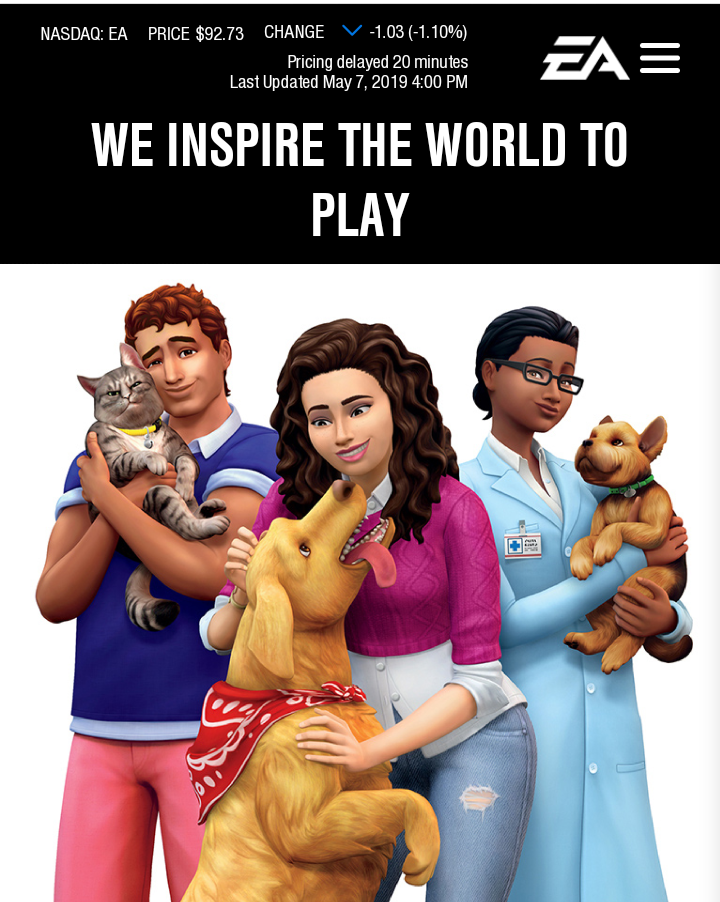 EA has just released their newest report for Q4 for the fiscal year of 2019 that ended in March. The report states that the active players for The Sims 4 Increased 35% Year-Over-Year!

You can read what they have to say down below:

“FY20 will be a year of continued growth for our industry, and we’re excited to bring more great entertainment to the expanding audience around the world,” said CEO Andrew Wilson. “Players are engaging with games in more ways than ever before. We’re committed to meeting them where they are with a broad portfolio of amazing new games and live services, choice of engagement models including free-to-play and subscriptions, and new opportunities to play, compete and watch.”

“We ended our fiscal year with strong growth, driven by our live services business which continued to provide a very large, stable and profitable source of net bookings,” said COO and CFO Blake Jorgensen. “Looking ahead, we will bring games to an extraordinary variety of players in fiscal 2020 and deliver on our commitment to players with deep live services content for Ultimate Team, Apex Legends, The Sims 4, Anthem and Battlefield V.”