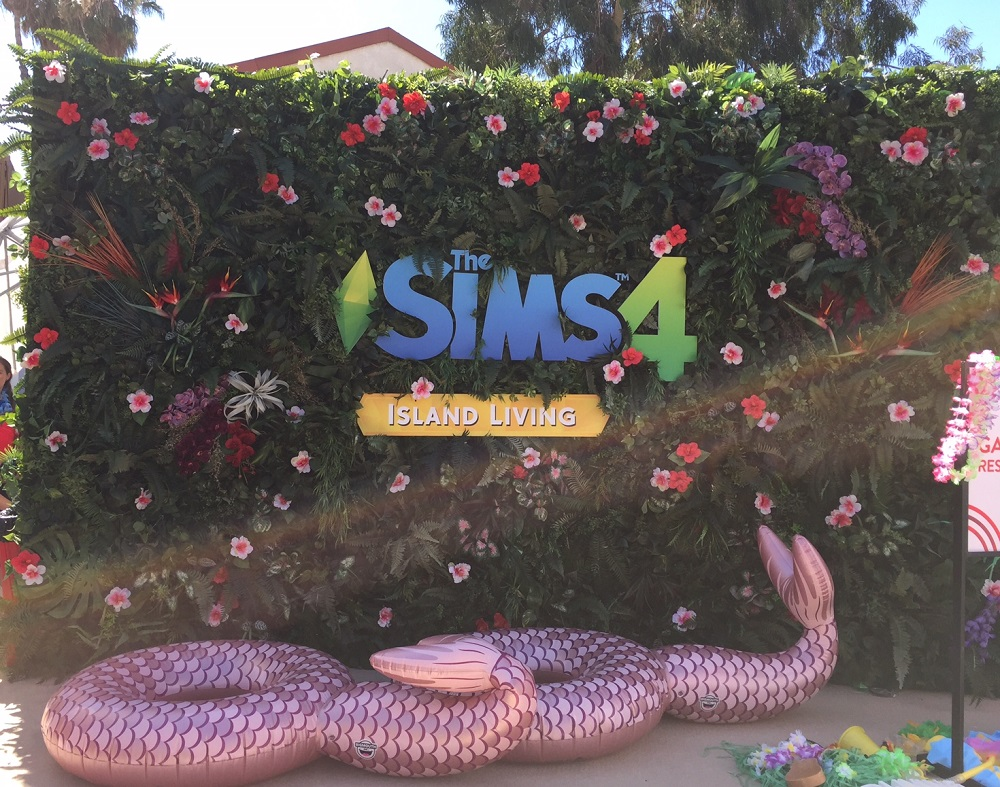 A Simmer who goes by the name GiuliettaSims  has released a brand new blog post over at their Tumblr account that explains their time at EA Play and also shares some really interesting information about The Sims 4 Island Living.

Yesterday I attended EA Play to play The Sims 4 Island Paradise, and decided to share my thoughts and experience at event (no pictures of gameplay, unfortunately).
Disclaimer: I had only 15 minutes to play the game and may be 10 minutes to chat with developers, therefore there could be some things that I either misunderstood or didn’t have enough time to explore and make better conclusion. Game changers had around 2 hours to play the game in a normal room and take good quality screenshots and footage. Tomorrow when embargo will be lifted they will share more info. As for now I just want to share my experience, thoughts and emotions.

Event took place in Los Angeles in Hollywood Palladium. When you google “Hollywood Palladium” you can see pictures of a regular concert venue with the roof. There were zero mentions on EA Play website that event will take place in an open space under the heating sun, and no suggestion to bring hats and sunscreen. Thank’s EA. Now I look like this sim with the difference that I am skinnier, have brown hair and I am a girl. 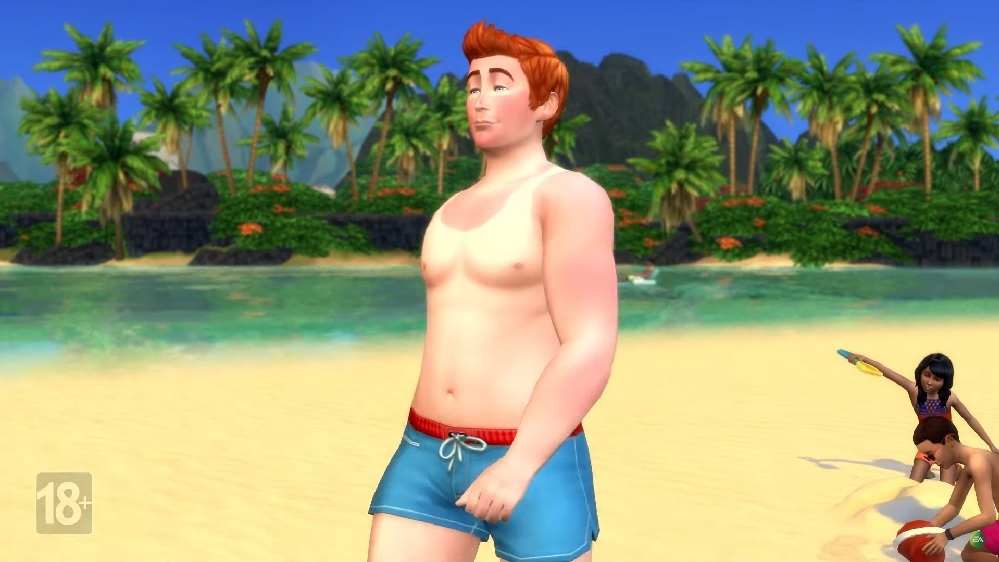 We had to drive for 2.5 hours, so I woke up around 7 to get prepared, check if I have an ID, small bag and other stuff. My appointment was at 12:30-1:30 PM, and on the website they stated that people should arrive 1 hour prior an appointment. We arrived in LA around 11, parked the car and by 11:30 I was already in the line where EA Play crew placed me. It was a huge line that was “hugging” 2 corners of the block. Huge, ginormous. Later I learned that all those people came around 10 am, and entered the venue around 2:30-3 PM. I decided to check with another crew member whether I should really stand in that line, and was told that oh no, it’s a wrong one, and that I should go in priority tiny for people with booked gameplay session. I double checked after event that there were 2 types of priority tickets: one of them was with booked gameplay session, and another one without booked time slot but booked for specific day. Tickets with appointments had a priority over the other priority tickets, but in fact there was just one line for both of us, and crew didn’t want neither to listen, not to respond. One of the guys was rolling his eyes and doing “talk to the hand” thing. Other crew was herding us like sheep. At some point when I started burning under the sun I was about to leave. But line started moving. The reason why it was so slow was due to capacity restrictions. At some point venue was full, and no one was allowed to enter unless other people leave. 2 people left, 2 people entered. Even crew who was working outside was not allowed enter the venue to use a restroom unless someone leaves the territory. I spoke to people from a general admission line, and asked what games did they come to play, and many people answered, “Games? What games? I came to meet and greet youtubers”. Wait? Isn’t it a gaming event? I get that EA decided to attract more potential customers by inviting influencers, but I thought that the main goal of this event is to let people play the games and later purchase them. A huge part of that crowd was interested only in selfies with youtubers.

Here is a priority line, around 100 people, and the view on Hollywood Hills. 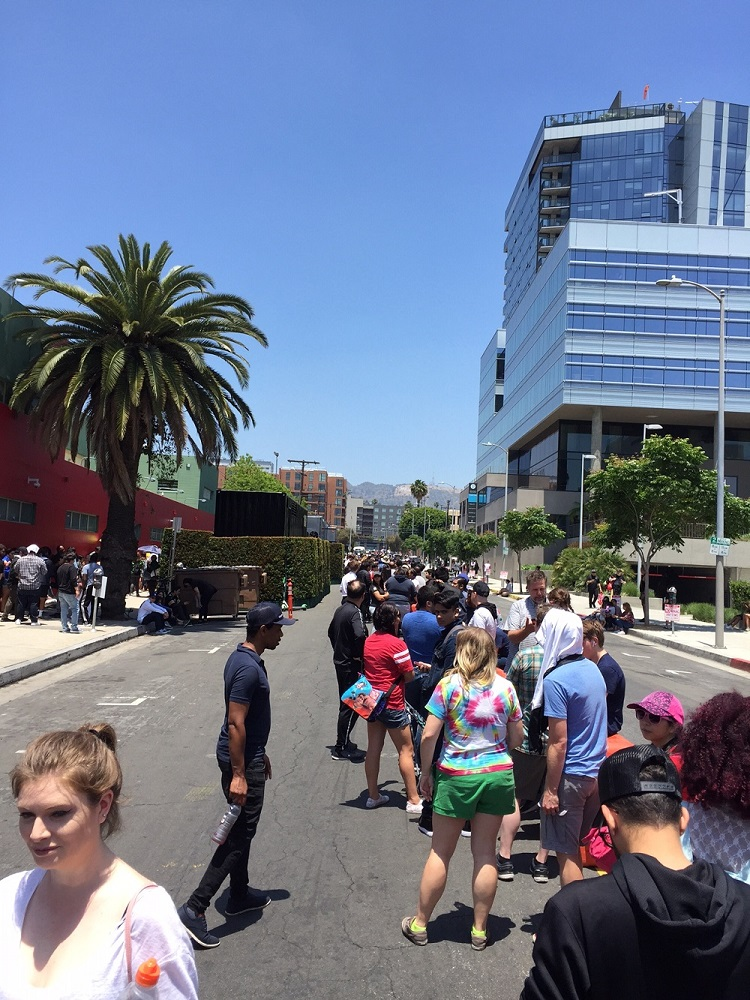 I left my husband in that line and went to buy a sunscreen. That’s why I am not completely burnt today, just a half, and have a low-grade fever because of the heat stroke. EA, thanks again for not mentioning that  Sorry for a long intro, but I had to get it out of my chest.

By the way, feel free to check my instgram stories, I saved 5 stories from EA Play 2019 so you can take a look what it looked like. My instagram is Giulietta_Sims.

2:20 PM WE ARE INSIDE!!! My inner child is singing and jumping, and forgot about 3 hour of wait. I am walking, no I am running to The Sims 4 booth. At the entrance I see an installation with theme of the pack. Really cute.

Spotted a few game changers including Iron_Seagull. Found an employee who was scanning bracelets before the booth entrance. There was just one man waiting in priority line, and around 15 people in a general admission line. At that point I was 2 hours late for my appointment despite of coming 1 hour prior as it was advised in instructions, but the guy who scanned a bracelet assured me that it is totally fine since it is not my fault. Finally, second in line to play the game. And then before getting placed another employee scanned my bracelet and “informed” me that I am late to my appointment. Are you kidding me? Gathering all of my patience and putting my best smile on I explained what was going on, and she told that “ah, okay, I will place you then”. Thank you! Closer to 3 PM I was at computer, and before playing asked if we are allowed to take pictures. Unfortunately, filming or taking screenshots were forbidden because of the leaks happened earlier. Bummer! Last year it was not an issue. But apparently they changed their politic after the video leak that happened a few hours earlier. Or may be EA wanted to have a better and more commercially attractive content that game changers would film. In comparison with the last year I didn’t like The Sims 4 booth at all. I was somewhere in the corner and under white tent with meshy parts. Due to a lot of light all screens had a horrible glare. Honestly, I could barely see the colors.

I want to mention separately how enlightening was to meet SimGuruChowder and another senior game engineer (or producer?) who is not a simguru. It is really inspiring to see people who are excited about what they do. I especially had a blast chatting with SimGuruChowder, who tried to answer as much as possible to my questions. I sure had more once I left the booth, but it was too late to come back. What I noticed that there were no EPs or GPs installed on computers, only base game plus new expansion pack. Therefore there was no way to check how vampires would do on the island, or whether pets can swim. Hopefully they can, and EA wanted to keep a few aces in the hole and don’t reveal everything at EA Play. Finally, a few details that I memorized after playing for 15 minutes. 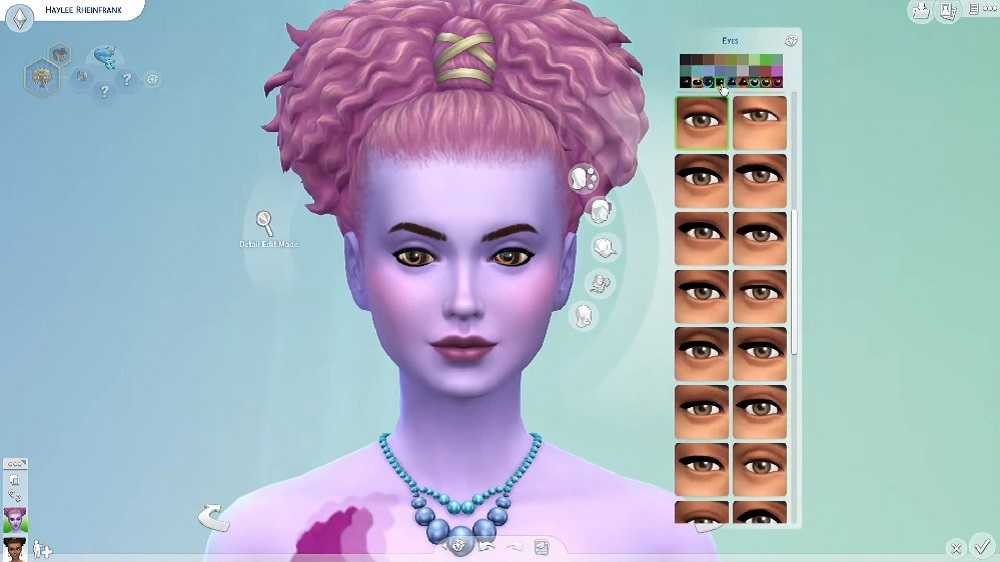 I think that’s it. Thank you for being with be and reading about my experience. Sorry, if there are any grammar mistakes. English is my third language, and it is reeeeaaaally late (or early :D). To sum everything up: